Home > Types of Astrology > What is Jyotisha Astrology?

What is Jyotisha Astrology? 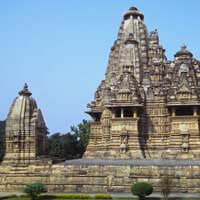 The Hindu system of astrology is known as Jyotisha Jyotish, or Vedic. The name Jyotish or Jyotisha is the Sanskrit name for Vedic astrology that means the inner light. Vedic was the language used in the Vedas, four ancient, sacred scriptures on which the Hindu religion is based.

Jyotisha astrology is one of the oldest forms of astrology that is not based on another type, but came from independent origins. It uses thoughts that are scientific, psychic, observational, and intuitive. It can offer answers about one’s love life, career, family, finances, or even offer insight into one’s spiritual life. It has traditionally been passed down from father to son or guru to disciple, but today, you can take online classes to familiarise yourself with this type of astrology.

This form of astrology is used to forecast event timing i.e., when a person should do something (like start a new career or get married) but also when a person should avoid doing certain things. Jyotisha astrologers use dashas (operational periods of planets) and gochara (the transit of planets) to determine the optimal timing of an event. Jyotisha astrology differs from western primarily in a couple of ways. Western astrology, which tends to focus on psychological matters and analysis rather than event timing, uses the tropical zodiac while jyotisha uses the sidereal zodiac.

Ancient philosophers believe that Brahma created jyotisha astrology, although it is believed the current form was written by Maharishi Parashara thousands of years ago. He is known as the father of mainstream jyotisha astrology and his book, “Brihat Parashara Hora Shastra” is viewed as the essential primer.

The three main branches of jyotisha astrology are Siddhanta, Samhita, and Hora. Siddhanta deals primarily with astronomy and how it is used within astrology. Samhita deals with mundane astrology, which is that that looks at world affairs and events such as wars, earthquakes, and politics. The third branch is Hora or predictive astrology, which is divided into sub branches as well:Jyotisha astrology is often used to make important decisions in India today. People consult astrologers to choose a new baby’s name based on their jyotisha chart. Jyotisha astrology is also used to make important life decisions such as starting a new business, moving into a new home, or getting married.

Jyotisha is an ancient system of astrology that can be a guide to helping you make important decisions in your life. If you are thinking about making a life changing decision, see what a jyotisha astrologer has to say about it.