Home > Types of Astrology > What is Hellenistic Astrology?

What is Hellenistic Astrology? 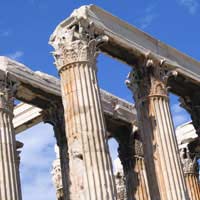 When Alexander the Great conquered the Persian Empire, bringing Egypt, Palestine, Persia, Mesopotamia, and parts of India under his rule, it was the first time in history so many cultures were under one official language (Greek). During this time, known as the Hellenistic Period, Alexandria became a hub of all the different cultures. Some believe it was from this mixture that horoscope interpretation evolved from such Babylonian astrologers as Berossus. Other Hellenistic astrologers believed a mythical sage named Hermes Trismegistus created their system and it was he who wrote the horoscopic astrology system. From Hermes, the system was eventually handed down to Nechepso, an Egyptian pharaoh and Petosiris, his priest

The surviving text from the Hellenistic Period is mostly written in Greek, as it was the common language of the day, although there are a few written in Latin. Much of it is on natal astrology, but there is some material on universal astrology that survived. Hellenistic astrology was practiced until the 7th century CE.

Believing the lineage recorded by fourth century astrologer Firmicus Maternus is correct in crediting Hermes Trismegistus for founding Hellenistic astrolology, Project Hindsight refers to the system as "The System of Hermes." They have tried to restore this in its original form so astrology students today can understand the significance of the system that helped give birth to other types of astrology. Project Hindsight also believes the study of Hellenistic astrology can clear up problems found in astrology that were created by incorrect translation over time, especially during the medieval era.