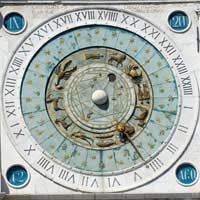 Jonathan Cainer is a successful British astrologer. He has millions of fans who love his upbeat and positive style of astrology. His web page is frequented by countless people each day to get a glimpse into what the future holds for them.

Cainer was born in Surbiton Surrey, UK on December 18, 1957. He left school at 15 with dreams of becoming a professional bass player, but he instead ended up as the manager of his brother’s musical career for a short period. He had a fateful meeting with a musician in Los Angeles who did his chart. Amazed at the accuracy, Cainer became interested in astrology in his 20s. He worked towards a diploma from the Faculty of Astrological Studies in London, which has been educating astrologers since 1948. Before he completed his diploma, he decided to start writing sun sign columns.

Cainer lives with his five children in London. Tragedy struck when his wife Melanie, died after a car crash, so he has raised his children alone since then. Cainer is one of the many astrologers who believe that everyone is born psychic, but that society trains us not to use it.

Over the years, Cainer has written sun sign columns (horoscopes based on birth month only) for many English newspapers including The Mirror, The Daily Mail, and The Daily Express. His syndicated columns (which appeared in newspapers in the US, UK, South Africa, Malaysia, and Australia) got approximately 10 million readers each week.

Cainer may be the hardest working astrologer in the business. An admitted workaholic, it was reported that when he was working for The Daily Express, he was the UK’s highest paid journalist.

Cainer’s web site is said to be the fifth most popular web site in the UK. He writes free daily, weekly and monthly zodiac horoscopes for his web page. You can purchase in-depth horoscopes through the 5 Star Service for the most accurate and inspiring readings. These can be downloaded through the Internet just like music. You can also purchase one of three charts through Cainer’s web page – Your Guide to the Future (what you can expect from the future), Personal Profile (which is like a birth chart), or Partnership Profile (insight into where your relationship is going). You can view your chart online or download it to keep on your computer.

Cainer has written many books including Cosmic Ordering: How to Make Your Dreams Come True, Complete Book of the Zodiac, Hey, Baby! What's Your Sign?: The Astrology of Compatibility, Jonathan Cainer's Guide to the Zodiac, The Psychic Explorer: A Practical Guide to the Magical Arts, and Psychic Explorer: A Down-To-Earth Guide to Six Magical Arts : Astrology, Auras, the Tarot, Dowsing, Palmistry, ESP.

Cainer is also involved with York’s Psychic Museum and Ghost Research Centre. This centre for paranormal research and development has offered astrology seminars featuring Cainer as the speaker.

In part, because of his personality and easygoing style of writing, Jonathan Cainer has become one of the most popular astrologers in the world. He continues to guide people each day with his unique and charming writing.

The Biography of Marc Edmund Jones
Share Your Story, Join the Discussion or Seek Advice..
To RK and yet there is only one Sun that gives life to all, whilst lit by countless stars.
ea - 24-Nov-11 @ 8:52 PM
The often asked question is how can the twelve signs cover each of the millions inhabiting the earth. But then how can 26 English alphabets cover millions of books published in English. How can four blood groups account for each of the countless humans? Indeed how?
RK - 3-Apr-11 @ 9:43 AM
Title:
(never shown)
Firstname:
(never shown)
Surname:
(never shown)
Email:
(never shown)
Nickname:
(shown)
Comment:
Validate: