The Biography of Marc Edmund Jones 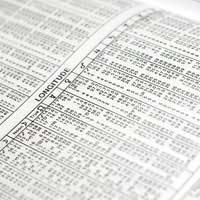 Marc Edmund Jones was an American astrologer who lived from 1888 to 1980. He has often been referred to as the Dean of American Astrology. As a philosopher of astrology he developed new and innovative techniques that have led people to proclaim him as the best American teacher of astrology. He was also known as “The Cabalist” because he organised his material into what he called laws.

He was born in St. Louis, Missouri and even as a child, he was interested in patterns he observed in the environment. It has been said that he first noticed this at the World Columbian Exposition of 1893 while looking at stones that were categorised by colour and value. Through this interest, he developed his own system of thought.

Early influences were neighbours who were Christian Scientists as well as his aunt, who taught him about theosophy, a series of philosophies about how to acquire knowledge of God by spiritual ecstasy. It was around 1904 that Marc Edmund Jones joined a Presbyterian church. Having a lifetime commitment to Christianity, he would later go on to become an ordained minister.

By 1913, Marc Jones had become interested in astrology. Having moved to New York, he worked there as a writer, selling scenarios to movie studios, many which had occult themes. In 1915, he went to Bermuda with a film company, became interested in, and joined the Rosicrucian Society. When he returned, World War I was at hand and he was inducted into the Army in 1918. Discharged in 1919, he found the motion picture industry no longer available to him, so he turned to writing pulp fiction and mystery stories. His interest in astrology was ever growing, but he rejected the fortune telling astrology that was so popular at the time. He began developing a cabalistic structure for his astrological material in 1922 and began teaching his techniques for astrology to eager students, which was the birth of the Sabian Assembly.

In 1925, he met psychic Elsie Wheeler, with whom he would create the Sabian Symbols by her reporting to him a picture that appeared to her from an inward vision. These 360 symbols would each hold a meaning in common everyday life. He published The Sabian Symbols in Astrology, which gave the exact symbols and interpretative character for each of the 360 degrees of the zodiac found in the astronomical ecliptic. Astrologers now frequently use these symbols today.

In 1934, Marc Edmund Jones was ordained as a Presbyterian minister. After getting his PhD from Columbia University, he traveled across America teaching and lecturing for many years. He died on March 8, 1980.

His largest contribution to astrology remains the Sabian lessons. These cover such topics as philosophy, astrology, the Bible and the cabalistic pattern he developed. There are 78 sets each containing about 26 weekly lessons (114 lesson-sets total) which gives one a deeper understanding of philosophers such as Plato and Aristotle. The Sabian Assembly is still active today with members continuing his work.

Over the years, Marc Edumund Jones wrote four books (Astrology: How & Why It Works, Occult Philosophy, The Sabian Book of Letter to Aspirants and The Sabian Symbols in Astrology) and left his lesson-sets as a legacy of his incredible and original work in astrology.