Home > Basics of Astrology > The Age of Aquarius

The Age of Aquarius 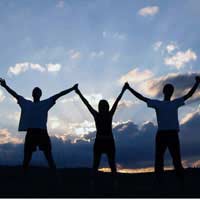 The words to the song Aquarius by the 5th Dimension certainly made many people more aware of the coming Age of Aquarius. What exactly is the Age of Aquarius? Before we can answer that, we need to understand first how an astrological age is determined.

The beginning of each astrological year is marked by the vernal equinox. This is when the sun crosses the line, known as the celestial equator, which divides the sky into northern and southern parts. The vernal equinox occurs in the spring and begins the first zodiac sign (Aries), while the autumnal equinox occurs in the fall and begins the second half of the zodiac with the seventh sign, Libra. The zodiac sign of the constellation in which the Sun actually appears at the vernal equinox in the northern hemisphere defines each new astrological age. This happens approximately once every 2,000 years.

Greek astronomer Hipparchus discovered the precession of the equinoxes in the 2nd century. This phenomenon is sometimes referred to as the Earth's "wobble." He discovered that the Earth shifts positions as it spins. This changes the placement of the celestial equator.

The Age of Aquarius

The exact year the Age of Aquarius began is under debate. Some astrologers feel it began as early as World War II and some think it may have even began earlier, in the late 19th century. Psychiatrist and astrology advocate Carl Jung believed it would begin in the 1990s. However, most astrologers agree that by the year 2000, the Age of Aquarius had begun.

What does the Age of Aquarius mean to us? Let's look at the sign of Aquarius itself. The song gives us a bit of a hint - "Harmony and understanding, Sympathy and trust abounding. No more falsehoods or derisions, Golden living dreams of visions. Mystic crystal revelation, And the mind's true liberation." Aquarius is the sign of brotherhood. The Age of Aquarius could mean the removal of country borders and the uniting of the brotherhood of mankind. The fact that Aquarius is a mental sign means better understanding of things including society, our lives, and the problems we all face. Wealth and fame will not be valued as much as learning and achievement.

Aquarius is also the sign of scientific knowledge and invention. We have certainly seen a rash of that in the past 100 years. From the invention of the television to the airplane, from the invention of the telephone to the computer and Internet, we have seen more technological inventions in our lifetime than any other generation. We have the ability to carry all the music we own with us while being able to call anyone from anywhere with a cell phone.

However, the sign of Aquarius also has negative aspects to it. Inflexibility and indecision as well as selfish desires may also be part of the new age. Some believe the end times will come during the Age of Aquarius and some think it will be the greatest period in history.

However, ultimately, the new Age of Aquarius offers us hope that mankind can focus on future and overcome any negativity that may come with it. Uranus is the ruler of Aquarius and it is known as the planet of the future. A new age of amazing scientific discoveries and great intellectual growth is upon us - what we decide to do with it is up to us.