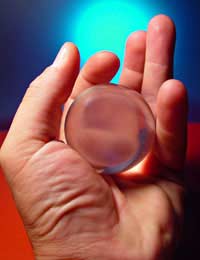 A chart is used to calculate the horoscope of an individual. Each chart maps an individual's personality and has 12 houses. Each house represents a division of the sky and holds a different meaning.

First House: The House of Self

The First House is the most important and powerful. It reveals your likes, dislikes, mannerisms and disposition. The First House concerns how you present yourself to the world and how the world perceives you. It is also important because its beginning point establishes where all the other houses will fall.

Second House: The House of Money and Possessions

The Second House deals with your finances and property. It includes both what you have as well as what you may acquire in your lifetime. The things you will take with you through life will be found in this house. The Second House may also give you some insight into your earning potential and projects that may make you money.

Third House: The House of Communication

This house deals with three areas; self-expression, family relationships and daily travel. This house governs many things including memory, speech, logic and your written words. This house influences your relationship with family. The Third House also governs daily travel such as work and school.

Fourth House: The House of Home

Fifth House: The House of Creativity and Sex

The Fifth House governs all your creativity and things you do for pleasure, including love affairs and sex. It rules your artistic talents, but your sexual nature is a large part of it. It rules your children and the happiness they give you, as it is the house of your heart and things you lavish affection upon.

Sixth House: The House of Service and Health

This house rules how you feel about helping others. It rules your relationship with co-workers and bosses, but because it is also the house of health, it will determine what type of constitution you have. Any illnesses to which you may be susceptible to will be revealed in this house.

Seventh House: The House of Partnership and Marriage

This house deals with your marriage or partnership and shows what type of relationship you can expect to have with your spouse. But it also deals with other partnerships like those found in work, business and politics. It shows how well you will be able to get along with others.

Eighth House: The House of Death and Regeneration

Like the fourth house, this house is also mysterious. It is difficult to understand because it rules the life forces that surround many areas such as sex, death, birth and the afterlife. It may give some insight into your own death, but never the exact time of it. Surgery is under this house as is signifies regeneration.

This house is a broader spectrum of the third house. The journeys are both of the mind and the body. Within this house is higher education and in depth study of profound subjects. The physical travel that is governed is travel to foreign lands, but it also governs foreigners you will meet and the study of different languages.

Tenth House: The House of Career and Public Standing

The Tenth House rules areas outside your home - your career, community status and public status. It reflects your image as seen through other's eyes. It also influences your material success.

Eleventh House: The House of Friends and of Hopes and Wishes

This is the house of friendships and long-term dreams and goals. It governs the clubs and groups with which you are affiliated. It shows your ability to enjoy others and represents working together.

Twelfth House: The House of Secrets, Sorrows, and Self-Undoing

The Twelfth House is the most mystical of all houses. It defines the limitations of your life and governs sorrows, accidents and disappointments. It is sometimes referred to as the House of Karma because it contains both the good and the bad we receive from what we have done in this world.

Charts are much more detailed than that covered here, but understanding the houses and what they signify will give you a basic understanding of what to expect from an astrological chart.

How The Elements Affect Astrology