I-Ching: The Book of Changes 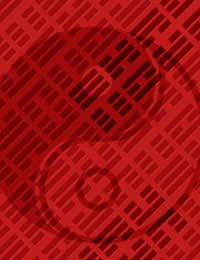 I-Ching sometimes known as the Book of Changes, is the world’s oldest known book as well as an intuitive decision-making system. I-Ching was developed over 4,000 years ago and is a very intricately numerical based oracle. The creation of I-Ching is attributed to the Chinese sage Fu Hsi. I-Ching is based on the logic of yin/yang and much like astrology, can help you gain insight about your life by answering important questions.

You can consult the oracle by using sticks to get six lines then interpreting the results. The I-Ching contains predictions based on a set of 64 abstract line arrangements. These 64 line arrangements are known as hexagrams. Before you begin, think of a question for the oracle. This should be a question that is important to you. I-Ching cannot foretell the future, but rather help you to make important decisions about a situation.

How to Use the Sticks

The fifty sticks used for I-Ching readings are normally made of bamboo or wood and are stored above one’s head so they are closer to the gods. When performing a reading, kneel before a table and spread a special cloth over it. Often, incense sticks are burned as an offering to the gods.

You have either five or nine sticks in your left hand. Lay these aside. Gather the discarded sticks (except the first one) and divide them again as you did before. When finished, you should have between four and eight sticks between the fingers of your left hand. Put these aside, but separate from the first pile you laid aside. Once again, gather the discarded sticks and divide them, ending up with either four or eight in your left hand. Now you should have three piles of sticks that came from your left hand. The first contains either five or nine sticks and the second and third piles contain either four or eight sticks.

You will need to look up the numbers of sticks to see if you have a yang line (a solid line) or a yin line (a broken line). The following is a table to determine what type of line you have:

The old lines are important because they change into their opposites to form a second hexagram. Old lines are considered to be at the end of their cycle and starting a new one. These are also known as moving lines. The young lines are considered to be at the start of their cycle and moderately stable. Write down your three numbers, as this is the bottom line of your hexagram. To get the other five lines, you will need to work through the process again five more times, writing down your results each time. Once you have the results, you will need to consult an I-Ching book for the interpretation.

I-Ching has been used for thousands of years as a tool to help guide people through important phases of their lives. Through proper usage and interpretation, I-Ching can help give you warnings, advice, and wisdom.