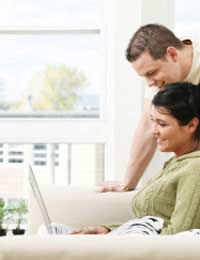 Computers have brought a whole new realm to astrology that its forefathers could never have imagined. Whereas people who once sought astrological help had to locate an astrologer and then that astrologer had to do charts by hand, people can now receive readings online from their home. People wishing to learn the art of astrology can take online classes and those who already practice astrology can join a forum or online association to meet and discuss issues with fellow astrologers.

Actually, the use of computers in astrology began before the home computer became immensely popular. Astrologers were able to have their charts calculated by a computer as far back as 1973. This was possible through Astro Computing Services (ACS) in San Diego, CA. ACS was founded by a former IBM employee named Neil Michelsen. ACS published the first ephemeris that was computer generated in 1976, still well before computers became commonplace in our lives. Neil and the ACS staff produced more than 20 sets of ephemeredes and tables. These included atlas/time zone change reference books, heliocentric, sidereal, and planetary phenomena, as well as tables of asteroids.

When personal computers became available to home users, astrologers were quick to purchase one along with astrological software to help them with charts. To calculate charts by hand using a pencil and paper took even the best astrologers almost an hour if not longer. Plus, there was the possibility of mistakes, even when calculators were used. Advantages of using astrological software as opposed to charting by hand from the printed ephemeris is the calculation of planet and house positions are more accurate and it takes less time to do the chart.

The first complete astrological program for the computer was written by astrologer Michael Erlewine in 1977. He founded Matrix Software the next year. Today, Matrix Software is the largest astrology company in the United States and is one of the oldest software companies still in existence. In 1985, John Halloran released a program for CP/M computers and IBM PCs that was free of charge. He also released the source code so programmers could tinker and change the program as needed.

What software is available today? Astrologers at all stages enjoy Kepler 7.0 because it offers online lessons for the beginners as well as beautiful wheels and a wide range of reports. Win*Star Plus offers chart forms, database management, an ephemeris generator, and an astro clock among its features. Win*Star Express was written specifically for beginning astrologers and offers interpretations of charts and forecasts. There is Astro-Pocket, which allows astrologers to do charts from their Palm OS PDAs. Parashara’s Light does more charts, calculations, tables, and graphs than any other Vedic software package. One of the favourite software packages of astrologers is Solar Fire. It is easy to use, but also offers flexible advanced features, so the astrologer can create a chart that has all the data they desire.

Although many people prefer to meet with an astrologer in person, that is not always possible due to time, distance, and perhaps even funds. There are both free and fee-based astrological readings offered online at such places as Astrology.com, Astrology4Free, and Astrology Online. Many famous astrologers like Jonathan Cainer offer free brief horoscopes, but if you want a more detailed reading, you need to subscribe to his online service.

If you are interested in learning astrology, there are several resources online. Places like the Online College of Astrology, The Astrology Institute, and the Academy of AstroPsychology offer online classes and online degrees including both masters and doctoral degrees. This is a great way for people interested in astrology to learn the art at their own pace and at times that are convenient for them while still receiving excellent training.

The computer has added a great deal of ease and availability to astrology that was never possible before. Because of the Internet, astrologers from all over the world can convene online when it would otherwise not be possible. As the Internet, computers, and software continue to develop, they can only continue to help enhance the practice of astrology.