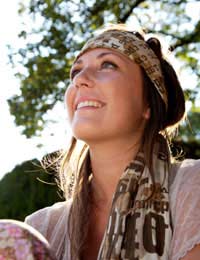 The New Age Movement was a period many believe began in the late 20th century. It saw a resurgence in many different arts such as astrology, numerology, and meditation, but it signified a time when people looked away from their Christianity religion to world religions such as Buddhism, Taoism, and Hinduism. Some people managed to combine their Christian beliefs with the spirituality of the New Age, incorporating such ideas as karma into their own beliefs.

New Agers are often more interested in a spiritual path rather than a religious one. They often take bits and pieces from many religions and beliefs and bring them together into their own belief system. The form of alternative spirituality brings together the mind, body, and spirit. Many times this seeking of spirituality also includes the use of alternative medicine to heal the body.

There is no real date to signify the beginning of the New Age movement. Some may argue that the seedlings of the New Age movement actually began at the turn of the 20th century. It was then that many people began to show a renewed interest in arts such as astrology, palmistry, and tarot cards. However, many saw these arts as ungodly and therefore the use of them was often discouraged.

In America, the New Age movement is thought to have begun in the 1960s. It was a turbulent time when people were looking for a way of life different from those of their parents. The American society was going through a chaotic time – there was racism, frustration over the Vietnam War, much drug experimentation, and political unrest. People began to turn away from their parent’s Christianity and often sought out new religions, (which were actually “old” religions, like Hinduism and Buddhism) as a way to feed their spiritual souls. The 60s became a decade of counterculture in which people sought to blend many things – beliefs, religions, mind expanding drugs – into something healing and nourishing to their spirit. Books like Linda Goodman’s astrological bestseller Sun Signs prompted a new interest in astrology. The Beatles met with the Maharishi Mahesh Yogi to learn more about transcendental meditation in 1967 and introduced thousands to a new method of healing.

The New Age movement continued through the 70s. Many people began showing more interest in things like meditation and yoga to help relieve them of the stress of everyday life. The 1970s were very unsure times – the economy was bad, the President, Richard Nixon was under fire, the Vietnam War left thousands of veterans lost and confused. People began to look towards astrology as a way of knowing if the future held better times. Astrologer Linda Goodman released another bestseller titled Love Signs.

The movement continued in the 1980s as well. Actress Shirley MacLaine made her beliefs in astrology and reincarnation known in her book Out on a Limb. It was brought to light that first lady Nancy Reagan used astrologer Joan Quigley’s services. Many people became more interested in paranormal phenomena such as UFOs crop circles.

Today, the New Age movement continues. Now into the 21st century, it is estimated that as many as 20% of all Americans still seek comfort in some type of New Age belief. Many people are looking towards holistic medicine to relieve their ailments and illnesses rather than traditional medicine. Deepak Chopra, a medical doctor, has written over 40 books that touch on such topics as spirituality, health, the afterlife, and even world peace. Time Magazine conducted a survey in the early 90s in which almost 70% of the people said they believe in angels and believe they have guardian angels.

New Agers continue to find value in practices such as meditation, yoga, holistic medicine, and astrology. They believe that death is not the end, but just another beginning and that all of humanity is spiritually connected through one energy, whether it goes by the name of “God,” “Buddha,” or something else. Overall, the New Age movement is about becoming more in touch with yourself and seeking alternative methods to help heal yourself, physically, mentally, and spiritually.

Astrology and Sports
Share Your Story, Join the Discussion or Seek Advice..
FASCINATING FACTS CONCERNING THE BIBLE William Albright (1891 – 1971).Once a director of the School of OrientalResearch at Johns Hopkins University, William Albright wrote more than 800 books and articles, mostly on the validity of biblical manuscripts.He is best known for his work in confirming the authenticity of the Old Testament, and especially the authentication of the Dead Sea scrolls. Albright also researched and confirmed the dating of the writings of the New Testament.His conclusion was that there was “no longer any solid basis for dating any book of the New Testament after aboutA.D. 80.”Early in his professional life, Albright had some doubts about the validity of biblical claims about Jesus. These, however, were answered conclusively in favor of the authenticity of the Bible as he conducted his research. Sir William Ramsay (1852-1916).Sir William Ramsay was, arguably the greatest archaeologist of his day.He had rejected much of the written New Testament account and was determined to prove it false based on other writings of the day that contradicted the Bible.Ramsay believed that the books of Luke and Acts were actually written in aboutA.D. 150 and therefore did not bear the authenticity that first-century document would.His archaeological journeys took him to 32 countries, 44 cities, and 9 islands.Throughout some 15 years of intensive study, he concluded that “Luke is a historian of the first rank, this author should be placed along with the very greatest of historians.”
Faye - 15-Apr-18 @ 2:09 AM
Title:
(never shown)
Firstname:
(never shown)
Surname:
(never shown)
Email:
(never shown)
Nickname:
(shown)
Comment:
Validate: