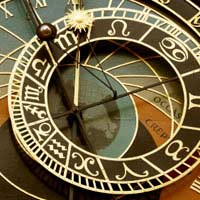 Astrology studies how the celestial bodies, their movements, and position affect our personalities, our relationships with others, and what the future holds for us. The horoscopes or charts are divided into four elements (fire, water, earth, and air), but they are also divided into three qualities: Cardinal, Fixed, and Mutable. Each group has its own defining characteristics that are used in conjunction with other parts of the chart to develop a horoscope.

The four cardinal signs are Aries, Cancer, Libra, and Capricorn. The cardinal signs like to take action. They are the first to charge in and either complete a job or fall on their faces trying. In fact, cardinal signs love to take charge so much so, that even if there isn’t a crisis, they are likely to create one so they can act upon it.

The spring equinox marks the entry of the sun into the first cardinal sign, Aires. The sign of action, Aries is often the first one to start something new or to initiate some new venture. Cancer, the sign of instinctive action, may know the logical solution to a problem, but prefers to follow its heart. Cancer is nurturing, protective, and emotional. The autumnal equinox marks the entry of the sun into the second cardinal sign, Libra. Libra is the ruler of manners and social graces, so this sign is responsible for harmony and cooperation. Capricorn, the final cardinal sign, is one that carefully plans out things before taking action. A natural organizer, Capricorn exhibits a bit more determination than the other cardinal signs.

The four fixed signs are Taurus, Leo, Scorpio, and Aquarius. The fixed signs signify stability. They like to own things while letting others run them. Once they get something started, they keep going at it. They can be stubborn but others respect them for focus and willpower.

Taurus is the most stable and patient of all the fixed signs, but it can be seen as stubborn as well. Leo’s are flamboyant and intense. They are the sign that usually doesn’t take no for an answer when trying to achieve their goals. Scorpios tend to internalise their emotions, but have much resolve when pursing things they want. Aquarius usually march to the beat of their own drummer, but because they are a fixed sign, many astrologers agree that they can be inflexible in their ways.

The four mutable signs are Gemini, Virgo, Sagittarius, and Pisces. The mutable signs are great communicators and very adaptable. Mutable signs are people oriented and are often the ones trying to smooth things over between cardinal and fixed signs. But, mutable signs can be flighty – once something loses their interest, they are ready to move on to something else. Gemini’s love to talk and they usually enjoy doing at least two things at once. If you want someone who pays meticulous detail to something, get a Virgo. They are great workers and can adapt well to most positions. Sagittarius are the story tellers and philosophers of the zodiac. They say exactly what they think, but people forgive them quickly. Pisces are the dreamers, the other worldly sign. They can be sociable, but can also be “alone” in a crowded room if needed.

The qualities (cardinal, fixed, and mutable) help give astrologers an additional tool to interpret horoscopes.

Personality Traits of a Capricorn

Personality Traits of a Scorpio

Personality Traits of a Virgo

Personality Traits of a Pisces
Share Your Story, Join the Discussion or Seek Advice..
I am a scorpio female interested in an Aquarius man..yep i know..2 fixed signs is a no go..but I have noticed some of his traits challenge mine in a good way...he is unpredictable and in that it seems to be teaching me to not jump to conclusions. I cant control him nor his reactions is teaching me to let it go..he needs alot of forgiveness because he beats to his own drumer..scorpios hate to forgive..so question..carry on..or let it ride.. Confused as ever
Princess - 24-Oct-18 @ 2:59 AM
@alli. As a Libran you're often indecisive and like to maintain a harmonious environment. If you genuinely believe that your partner is not revealing all of her past or plans for the future to you, then you are going to have to confront it (we know you really hate the idea of this). It may even lead to an ultimatum but at least you will know longer be living with the insecurity that is making you so unhappy.
ExploreAstrology - 14-Jan-15 @ 11:21 AM
Love reading your articles. Great stuff. I'm a Libra man, divorced, two kids, and living with a scorpiowoman for 5yrs. Very much in love with her but what bothers is she doesn't want me to meet her family as they are supposedly very two-faced but she loves them very much. My family has met her and aftr some misunderstanding get along well with her. The thing is that she has been seperated for 7 yrs from her husband but when I ask her about divorce between them its a mystery or leads to argument. I often accuse her of still hoping she and her virgo "x" get back together and of course she redicules this. These days insecurity is starting to set in on my part. Although we have huge arguments, we never come to a point where we leave the relationship. She can be very critical and even "jealous" as far as my kids are concerned . The main problem for me though is when their divorce (married for 23yrs) will be sorted out.At the moment their house isis standing alone and she goes their regularly to check on the place. I want her to finalise a divorce. So we can move on and be open but she never shows any urgency to finalise anything. She said january 2015 and still no movement as yet. I need advice
alli - 12-Jan-15 @ 8:21 AM
Title:
(never shown)
Firstname:
(never shown)
Surname:
(never shown)
Email:
(never shown)
Nickname:
(shown)
Comment:
Validate: