Home > Love and the Zodiac > Libra in Love 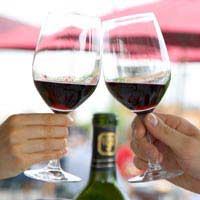 Librans (Sep 24th-Oct 23rd) possess much natural charm. They love to be in love and desire attention from the opposite sex. After all, Venus, the Goddess of Love, rules the sign of Libra. Libras love to be on centre stage in a relationship and if they lose that position, they may go looking for someone else to make them the star attraction.

Romance for a Libra is the beautiful part of the relationship. They expect to be showered with gifts such as flowers and jewellery as they have a love and appreciation for beautiful things.

A Libra woman makes it part of her job to enchant men. However, she loves to do this with a dramatic flair. But sometimes all the drama gets to her and she needs to take a break. Until she is ready to perform again, you must wait. She searches for the perfect companion and it may lead her to many affairs, but as she matures, she will become more discriminating. She expects her lover to cater to her every whim, which leads many Libra women to marry older, more experienced men.

Libra women love to be admired, even when the love affair is over. When a relationship ends, she will try to make sure it ends amicably so she can retain an admirer. She enjoys the romantic part of relationship much better than the sexual part, so those who hope to appeal to the animal inside her should look elsewhere. She wants to be wined, dined and romanced.

It is easy to tell the Libra man – he is the one with all the women around him! How does he attract so many women? He has a special weapon; a feminine side that he is not afraid to show. Because of all the women, he tends to be a little spoiled. He becomes accustomed to it, so if you hope to attract a Libra man's eye, shower him with attention.

Libra men avoid disputes, so do not try to argue with him. He would rather leave the relationship than argue. Unlike the Libra woman, who loves romance more than sex, for the Libra man, lovemaking is his favourite pastime. But, just as in the rest of his life, he expects praise in the bedroom as well.

Libras are interested in many things including theatre, decorating, art and antiques. But they still like to be the centre of attention, so if you go to the theatre, make sure you get the best seats. If it is an art gallery, make sure it is an exclusive showing, so they feel more important.

Atmosphere means a lot to them and they expect everything first class. So if you go to a restaurant, make sure it is five star and not the local cafe. And the romantic side of the Libras will love dinner by candlelight. They also respond well to music, so have some of that available as well.

Libras and Geminis are compatible, despite the fact that both are pretty indecisive. Both are affectionate and fun loving. Libras and Leos can get along well as long as they are willing to share the spotlight both love so much. Libras are well suited with Aquarius as they enjoy both the romantic and sensual sides of the relationship.

Libras should avoid relationships with Virgo, Cancer, Capricorn and Aries.

Libras love to be in the spotlight as well as living a life of luxury. They like to be praised, but that is never hard as they are very charming and affectionate people. They like to have many admirers but will eventually settle down with that special someone at some point.

Scorpio in Love
Share Your Story, Join the Discussion or Seek Advice..
[Add a Comment]
I am a virgo woman who is dating a libra man. I love him he is very controlling but he's a great provider! We do everything together. I don't have to worry about him cheating I trust him with my heart. I been hurt by a lot of signs but this Libra will be my husband.
Lexus - 29-Dec-19 @ 9:41 PM
I’m a libra woman and currently dating a cancer man and have my first child with him. He’s the first I ever fell in love with and been in the longest relationship I tried with all my compatible signs but they was not for me at all. We have differences but we talk it out and work it out I really love him hopefully he’ll be my husband one day. Them signs Gemini and Aquarius hurt me so bad I have trust issues and now it’s rubbing off my boyfriend, and he don’t cheat at all he gave me his password to everything just so I can believe him.
T - 25-Sep-19 @ 1:52 PM
Everything's spot on about being a libra, and I'm a libra sun, libra ascendant so its especially true for me but I noticed these sites seem to get the compatibility horribly wrong as far as the signs we are " supposed" to be compatible with. 1. Aquarius.Not a good match at all waay to freedom loving, commitment is not their cup of tea. My Aquarius was stubborn,very "fixed" in her ways and had no interest in fair play a no no with any libra. She somehow thought it was ok to stay out all night, unacceptable by my standards for sure 2. Leo no way never again, waay too haughty and full of herself. Very arrogant and an arrogant woman is a huge turn off for me, I quickly lost interest after a week. 3. Gemini waay too busy and not romantic at all, I won't be with a woman that is not romantic,must be sensitive and feminine and gemini women lack both...not interested. I'm with a cancer woman, my princess and she Is quite possibly the best thing that has ever happened to me I love her deeply and her flaws are few and far in between. A far cry from the inferior others, now I will say that virgo is the absolute worst, just abysmal.Critical,fussy, selfish and ungrateful ca nt find a worse match
Jim - 17-Oct-16 @ 9:44 AM
There are so very many dynamics that go into a human soul, astrology should be viewed as a guideline, not a hard fast rule. This compatibility thing has been very accurate for me with friendships, but as a Libra woman that first married a Libra man, then a Cancer man, I wonder if anyone istruly compatible with another. Finding myself single now, I still remain hopeful!! Peace, Love and Light
Chela - 17-Mar-16 @ 3:28 AM
I'm going to comment on this one as I did on the "Cancer In Love" article. I have been dating a Cancer and I love him very much. He fits me better than a Leo, Gemini, and Aquarius ever has. He makes me happy and makes me feel wanted. My experiences with the three "compatible" signs for me were awful. Leo: He was boring, because all he wanted to talk about was himself. He wasn't romantic at all and ended up being kind of creepy. Not for me. Gemini: They're funny--to an extent. They can be a bit over-dramatic and they can be kind of boring. I also don't trust them at all. Aquarius: I dated two and both left me scarred and I was scared I wouldn't trust again. Study the signs a bit more before you make accusations on who is and who is not compatible. I have a great feeling about this Cancer. He makes me the happiest woman in the world.
makaylaw - 10-Jan-16 @ 8:52 PM
Been recently. Dating a Capricorn. Woman for 3yrs I never believed much in astrology but I'm a Libra man and we do nothin but fight constantly I'm so drained...
fantastic - 24-Feb-15 @ 11:21 PM
Aquarius woman talking with a Libra man so far 2 dates in and 2 sexual encounters later I've began to get a bit turned off he leaves right after sex and he's not as attractive as I originally thought he was. He likes to go out so on both occasions we did go out but he strikes me as being kind of cheap and manipulative which is a BIG turn off for me. I keep reading that our signs are a big match butthat remains to be seen!!
Lucy - 24-Sep-14 @ 1:56 AM
i hate justin biever but my sister keisha iqbal a gemini loves him
simmy - 31-Jan-14 @ 4:07 PM
Oh dear I am cancer and my husband is Libra. That shows not everything is ruled by Astrology.Some of the traits are correct but like all relationships it's a bit of give and take and compromise needed.
Cancercancare - 21-May-12 @ 6:32 PM
Title:
(never shown)
Firstname:
(never shown)
Surname:
(never shown)
Email:
(never shown)
Nickname:
(shown)
Comment:
Validate: